The Country Party contested their first election and won the balance of power. In the half Senate election the Nationalist Party won 35 seats and Labor 1 seat. 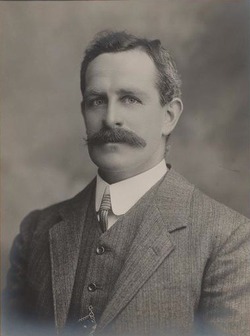 The Government could, under the war legislation, have dealt effectively with the profiteering evil—that it had indeed promised to do so—but it could not be moved into action, how could this be wondered at when one realised that the representatives of the capitalists, the profiteers, and the exploiters, ere on the side of the so-called Nationalist party. The recommendations of the Interstate Commission, obtained at a cost of thousands of pounds as a result of inquiries into the cost of various commodities, were received, but practically ignored. Therefore, what was the value of the Government’s promises of further commissions to deal with these matters?

The Government’s maladministration had been a disgrace to a democratic community like Australia. It had not used the Wartime Profits Act against the profiteer as was promised, the Act allowed larger exemptions, and did not date back so far as the English Act. The Government did not go on with its plan to tax bachelors, but it imposed an iniquitous tax on children’s picture show tickets. It refused a year ago to increase old-age pensions, but at the same time it granted a retiring Chief Justice a pension of £5 a day. But when the election was in sight the Government granted an increase in the old-age pension, and partly removed the entertainments tax.

The growers of the 1916-17 wheat in South Australia and New South Wales, he understood, received only 3/3 per bushel instead of the 4/9 about which the Prime Minister boasted. This was the result of pillage, peats, soiling under water, and scandalous negligence. The estimated loss in Victoria on the 1916-17 crop was over two million bushels, and in Western Australia over 200,000 bushels. What did the Government propose to do to make good the losses caused in these 1916-17 pools by its negligence and mismanagement? A searching inquiry into the whole position was very desirable.

The three most important problems of repatriation, profiteering, and industrial peace face us to-day, and no effort will be spared by the Labour party satisfactorily to repatriate our soldiers who have borne the heat and burden of the day, stop at once the unscrupulous profiteering of the community, and thus assist to bring about industrial peace. Labour stands for the maintenance and extension of fraternal relations with the Labour organisations of all countries: the prevention of war through the settlement of international disputes by a tribunal clothed with powers sufficient to enforce its awards.

The Government had done nothing to deal with industrial unrest. Immediately Labour was returned to power it would deal with the root of all the trouble by seeing that the people of this country were not exploited by unscrupulous men who made the necessities of life so difficult to obtain.

Although the War Service Homes Act was passed in December, 1918, the position on September 26, 1919, was that only one house had been built and 79 were in course of erection. Yet at that time no less than 7054 applications for war service homes had been received. He thought that few organizations would have a more notable record for going slow than was possessed by this department, and if the Labour party secured power it would at once make a searching inquiry into the operations of this department and means would be sought to obviate the annoying delays.

Owing to the enormous increase in the cost of living, which bore more heavily upon the poor than on any other section of the community, it had been thought, more particularly during the past 12 months, that an increase in old age and invalid pensions should be made but the Government would only at the last moment grant an increase of 2/6 per week as from January 1, 1920.

This was not considered sufficient, and as soon as possible his party would pass the necessary legislation to provide for a further increase in old-wage and invalid pensions to £1 per week, and also give pensioners able to work an opportunity of earning extra money without prejudicing their claim for a pension.

Provision would also be made that the blind should receive a pension to bring the money earned by them, together with the pension, to a living wage.

A considerable increase of revenue would be necessary during the forthcoming years. Much would come from nationalized enterprices, such as banking, insurance and shipping. Commonwealth taxation would be reviewed; its incidence in many cases would be changed, and the rates increased as they applied to the well-to-do. No duties for revenue only should fall on food or other necessaries. There should be no tax the incidence of which might be easily transferred to the producer or the consumer. Fortunes made out of the war, unearned incomes, monopolist exactions, large estates of land, and large inheritance—all these invited heavy taxation.

The war loan indebtedness must be reduced. We will impose a levy or tax, or series of levies or taxes, at a graduated rate, and with reasonable exemptions upon land and capital, and will apply the proceeds to the reduction of the war loan. Thus the cost of the war will be borne by those who should bear it, the wealthy, whose wealth has been created and safeguarded by the sacrifices of the people of Australia.

We pledge to put to the people without delay our party’s proposals for investing the Commonwealth with full powers of democratic self-Government upon the following plan:- The people, directly by the initiative or indirectly through the Commonwealth Parliament, shall have the power to make or repeal any law. Adult franchise shall be guaranteed by the Constitution.

The Senate and the State Parliaments and Governships shall be abolished. Local governmental powers shall be exercised by provincial Legislatures and municipalities constituted by and subordinate to, the Commonwealth Parliament.

The High Court shall become the final count of appeal in any Australian cause.

We shall also propose such alterations of the Commonwealth Constitution or of the traditional rules governing the relations between the different members of the British family of nations as shall secure to Australia as a member of that family, the fullest powers of self-determination. Matters of Australian policy and administration must be decided on the advice of Australian Ministers, who must be responsible to no one but the Australian people and Parliament.

All bills passed by the Australian Parliament must receive assent on the advice of Australian Ministers only.

The practice of soliciting the King to confer titles on Australians must cease.

It is the duty of Parliament to sweep away many of the present hovels, which are a disgrace to our civilisation. When houses become plentiful rents should automatically decrease. The Constitutional alterations proposed by the Government are an eleventh hour attempt to appease the popular indignation aroused by the Nationalist record of inefficiency. The Nationalist Government has, during the war, possessed the fullest power to curb the profiteer, to secure industrial peace, and to protect the people. As it neglected or abused its war-time powers, so would it neglect or abuse any other powers conferred upon it.

But even in our own hands the increase of powers conferred upon it will not be sufficient to do this work which must be done. The Government proposals are so cut down by time limits and other restrictions that, with the best will in the world, but little can be done with them. The Constitutional scheme must be revised, and at once.