The first federal election for the parliament of the Commonwealth of Australia was held on 29 March, 1901. It resulted in Barton forming government, although his Protectionist party did not achieve an outright majority. Barton’s protectionist party was supported by the Labor party against the opposition Free Trade party led by George Reid.

In the Senate the result was less certain for Barton with his party winning only 11 of the 36 seats, with the Free Traders 17 seats and Labor winning 8 seats.

The election was contested by most of the leading figures from colonial Australia, including Alfred Deakin, Charles Kingston and John Forrest.

There was inevitably some confusion with the process, including the now familiar complaint that the Senate ballot paper was too long. However, the first election was significant in that it established a number of conventions that were to become standard practice in all future elections. 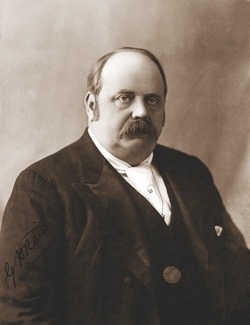 No policy speech was given by George Reid for the 1901 election.